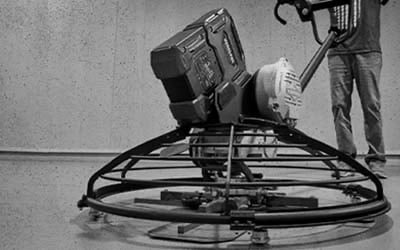 Vanguard® is a leading developer of high-performing Lithium-Ion batteries and prioritizes safety and reliability at every stage of the engineering process. If you’ve read our other article on battery safety, you know there’s a lot to consider when selecting electrification power sources. Now, we’re diving even deeper into common misconceptions about Lithium-Ion batteries and what makes Vanguard batteries so safe.

Misconception #1: Batteries don’t vary much in safety or reliability.

Not all batteries are created equal — especially when it comes to the advanced chemistry and technology that make up today’s Lithium-Ion batteries. There are numerous variations in design and chemical composition when producing a Lithium-Ion battery pack.

“Just because a battery is on the market doesn't mean they are all designed for the same level of safety,” says Nick Moore, director of sales for electrification at Briggs & Stratton. There's such a variety of ways to make the batteries, and all of what is marketed on a spec sheet doesn't necessarily tell the  whole story.”

Vanguard, for example, engineers its battery packs to account for what could happen under non-perfect conditions, starting with cell module assembly and cell selection. Vanguard uses cylindrical cells, which have a current interrupt device (CID) built into them. The CID reduces the risk of thermal events by isolating a cell that may be encountering an issue so that the problem doesn’t spread to other cells.

“Another level of safety built into Vanguard batteries is the physical spacing between the cells,” says Dave Schulenberg, director of product management for electrification and Lithium-Ion batteries at Briggs & Stratton. “By creating an engineered amount of space, we’re again helping to ensure a problem in one cell doesn’t propagate to the next cell.”

Misconception #2: There’s no way to tell what’s happening inside the Lithium-Ion battery that powers your equipment.

Borrowing from advancements in the electric vehicle industry, “smart” battery systems are being incorporated more into industrial equipment. The BMS is an onboard computer that is monitoring the state of the battery for factors like temperature and voltage and uses that information to control how the battery interfaces with the outside world.

“The BMS is constantly communicating with end users,” says Schulenberg. “It’s transmitting information, like what's my temperature, what's my voltage condition, how much power can you take from me. The system records all those elements that the rest of the vehicle can use to make proper decisions on using the battery safely and getting the most performance out of it.”

The BMS has features engineered to monitor the voltage and temperature of each cell module assembly to make sure that it's operating within the nominal range for safety. It has the ability to disconnect the pack if anything goes wrong in any of those areas through two contactors, rather than one.

“To get the full value out of their battery, customers can use the power and energy data from the BMS to track how their machine performs and find more efficient ways to use it,” says Moore. “This means customers can be sure they are getting the best possible return on their investment by lowering total cost of ownership and, at the same time, improving their processes. All of this leads to more efficiency and, ultimately, improving their bottom line.”

Misconception #3: With battery energy, you have to sacrifice power if you want safety.

One of the biggest factors driving advancement in battery technology today is customer acceptance, especially in the electric vehicle space. The learnings coming out of that market are allowing battery technology in other applications to be not just safer, but more powerful as well.

“The perception of electrification has changed dramatically in the marketplace over the last five years,” says Schulenberg. “Battery technology was, in a lot of people’s minds, lagging behind. Then, there is this boom of electrification in the automotive space that’s proving the fastest or highest performing cars on the road can be electric vehicles. So, we’re able to take these advancements in technology and this increased acceptance to off-highway applications.”

Some of those advancements in technology, particularly when it comes to energy density, mean OEMs and end users can more easily meet their electrification goals without compromising on the power they need to get the job done.

“One of the reasons we chose the chemistry that we did is that it allows for a higher energy density and power density,” says Schulenberg. “This means that for the same physical size of a battery pack, I can get more power and more energy than I could out of another type of battery.” 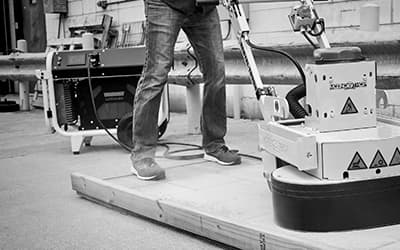 There's a myth out there that batteries are not recyclable. This is rooted in the legacy of an old battery type — nickel-cadmium batteries — which are extremely difficult to dispose of safely. Those kinds of batteries have since been entirely phased out.

Lithium-Ion batteries have a second life in them, meaning that at the end of their life cycle there is still about 80% battery capacity left. The batteries can then be reused safely in other applications.

When all the misconceptions and myths around Lithium-Ion batteries are stripped away, you’re left with a safe and sustainable power source that is helping OEMs meet their electrification goals while delivering on their customers’ always-changing power needs.

Learn more about Vanguard Lithium-Ion batteries and how they can be applied here.