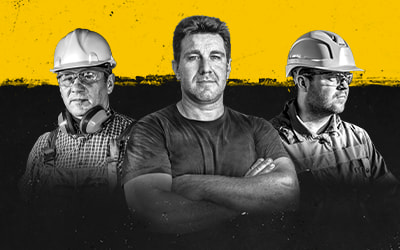 You’ve decided a battery is the right power solution for your equipment. And after reading our first article in the Vanguard Charged series, you’ve also determined that if you need a lithium-ion or lead acid battery. But now what?

You may have some questions about how to safely operate battery-powered equipment. In the second installment of our Vanguard Charged series, we take a closer look at battery safety so you can confidently rely on your battery solution.

This ‘watering’ should occur on an as needed basis, and should be conducted after you charge the lead acid battery to ensure it’s healthy and safe for use. Over watering can significantly damage the battery by diluting the electrolyte solution or causing the battery to overflow, while not watering at all can lead to performance issues.

“Often, people just don’t know they need to water lead acid batteries, which eventually leads to battery damage so significant that the only option is to buy a new one,” says Schmalz. “With lithium-ion batteries, you don’t need to do any sort of maintenance, such as watering, which inherently increases the safety of operating a lithium-ion battery.”

“Most typical commercial batteries — lead acid and lithium-ion — are made in large blocks,” says Schmalz. “You get a large number of cells that are permanently joined together, and if something goes wrong with a single cell or component, you have to basically remove the whole thing.”

By breaking those blocks down into smaller, modular components you can increase both serviceability, flexibility and safety of the battery. Which is exactly why the team at Briggs & Stratton developed the Vanguard Lithium-Ion Battery around a modular concept.

“There's just 32 small cylindrical cells in a module, and if one of those goes bad on a larger pack, a lot of times you've got to replace the whole pack. That’s very costly,” says Schmalz. “With the Vanguard lithium-ion battery, you only have to replace about eight percent of the pack cells if something goes wrong because of the unique way the cell modules are constructed in the pack.”

Performing maintenance, such as watering, on  the modular components of a lead acid battery will put you in potential contact with dangerous materials. “Lead-acid has acid in it, of course. There is an opportunity to be exposed to acid when watering it,” says Schmalz. “That doesn’t exist with lithium-ion.”

When servicing a lead acid battery, you’ll need to wear acid-resistant goggles, a face shield and gloves. If you do encounter acid on your skin, rinse the affected area with large amounts of water. 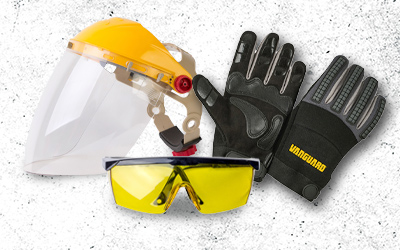 Lithium-ion batteries are equipped with a Battery Management System (BMS). “The BMS is the brains of the battery. It monitors the temperature to ensure the battery stays within a safe operating range, it provides data on power utilizations and voltage and allows integration with both the machine and Internet of Things (IoT) devices,” says Schmalz.

Keeping tabs on the temperature of the battery may sound simple, but the BMS is more than just a thermometer. To ensure the battery stays within its operating range, the BMS is constantly monitoring and measuring not only the temperature but also the charge and discharge currents, and the voltages of each individual cell bank.

Since the primary safety concern with improperly managed lithium-ion batteries is a thermal runaway event, the BMS is a critical component. “When a lithium-ion battery exceeds its maximum allowable temperature range, it can go into a thermal runaway event— the temperature rises rapidly, releasing the battery’s energy and eventually creating a fire,” says Schmalz. “This only happens when the battery isn’t properly managed or protected with a BMS.”

To eliminate thermal runaway concerns, the Vanguard team added extra layers of safety to the Vanguard Lithium-Ion Battery Pack. “Our lithium-ion battery is developed with safeties in place that disconnect when one of the data points is too high or low — whereas lead-acid batteries have no safety backups,” says Schmalz. “If you short-circuit a lead acid battery, there's nothing the battery can do to protect itself or the user. With the Vanguard Lithium-Ion Battery, we have the ability to turn off the switch, so to speak, open up the circuit and make sure that all that energy isn't being  quickly dumped out of the pack — safely avoiding a thermal runaway event.”


Safety is First with Lithium-Ion Batteries

Taking all safety concerns into consideration, the Vanguard team chose to add extra layers of safety to the pack. “The industry has learned from earlier safety issues with lithium-ion that arose through design miscues,” says Schmalz. “When you add in the battery management system and the extra layer of inherent safety it provides the battery you get a lot of benefits in those ‘smarts’.”


Learn more about Vanguard Lithium-Ion Battery and how it can be applied here.