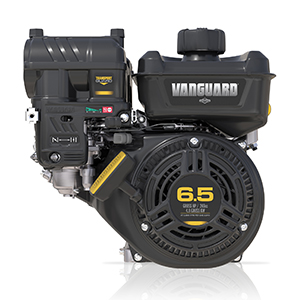 A good reputation can make or break a business.  So, when Jeremy Wheeler’s father-in-law decided to start a lawncare business in the small-town of Demotte, Indiana, he knew just what to call it.

“He wasn’t from the area, so he used his wife’s well-respected maiden name — Moolenaar — to get the business started,” said Wheeler. “Technically, none of us in the business are named Moolenaar.”

Thirty years on and the Moolenaar Supreme Professional Lawn Care business has earned a stellar reputation for its detailed lawncare, fertilizing, aerating, over seeding and grub control work.

Wheeler operates the business along with four members of his immediate and extended family. Until a recent hire came on to help with the growing business, the lawncare company was entirely family-run.

“I wear many hats at Moolenaar,” said Wheeler. “I pretty much run the business from my phone while I’m in my truck, so I can be out in the field and still keep things moving.”

The Moolenaar operation has a fleet of four spreaders, an aerator and a lawn tractor with a spreader attachment to service customer lawns. Up until recently, maintenance and service for the spreaders was hard to come by, as there wasn’t a local repair business capable of servicing the equipment.

Searching for maintenance help, Wheeler called around town. “We always knew Tim Gross had a mowing repair business, Tim's Bonanza Service, so we asked him if he’d start working on the spreaders,” he said. Gross agreed, which means Wheeler’s spreaders are now being serviced by an experienced repairman, who also happens to host a well-known landscape equipment repair YouTube channel called “Taryl Fixes All.” 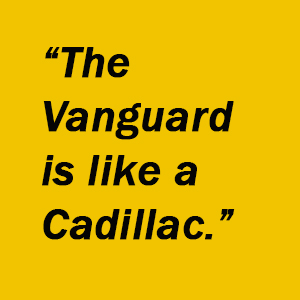 When temperatures dropped last fall, Wheeler began experiencing starting issues with his Honda engine. “The Honda just did not like cold weather. You’d have to run it half-choke for a long time in the morning, and it would still die,” he said. “I was fighting the engine all morning trying to get it to run.”

So, when Gross, aka YouTube personality Taryl Dactyl, asked Wheeler if he’d like to repower his spreader with the new Vanguard® 200 Single-Cylinder engine, he jumped at the opportunity. The 200 is designed to be a drop-in solution for easy repowering and — to Wheeler’s advantage — boasts improved cold-weather starting, down to -20°F.

The repower was completed before the 2019 season, and Wheeler immediately saw benefits with the new engine. “I absolutely fell in love with the Vanguard this spring,” he said. “We start the first of March, and even when the temperatures are in the 30s the Vanguard starts right up — and stays running.”

The Vanguard 200 also features a higher engine speed than the Honda Wheeler previously used, which has improved his ability to move between job sites. “Having the higher engine speed to get from Point A to Point B down the road has been a big standout,” he said. “It runs really fast, so if I’m down the road a few blocks from my truck, I can put it into high gear and jolt it down the street to refill with fertilizer or grab my blower.”

Between the easy cold-weather starting and the ability to travel faster between job sites, Wheeler has noted a boost in efficiency. He also appreciates the lower noise levels of the Vanguard 200, which he’s noticed most when the engine is at cruising speed. “The Vanguard is like a Cadillac,” he said.

The new Vanguard 200 is earning a reputation as an easy-starting, easy to repower engine — a perfect match for the reputation Moolenaar Supreme Professional Lawn Care has earned as an easy to work with, premier lawncare company. As they say, reputation is everything.