The annual Executive Hire Show, which took place in February in the UK, is a key event for targeting the decision makers in Europe’s largest hire market.

The event gave us the opportunity to introduce the first in a complete line of all-new Vanguard single-cylinder horizontal shaft commercial petrol engines which have been built from the ground up based on extensive customer input. Each is being developed around the key principles of power and performance to improve overall productivity on the job site, including ease of starting, reduced noise and vibration, together with 2 x longer maintenance intervals which reduces total cost of ownership.

“The event proved to be a successful platform for launching the new 4.85 gross kW (6.5 gross HP)* Vanguard engine to the hire industry which is a key market for this range,” said Commercial Power’s, Paul Bramhall.

The range has been developed in response to feedback from hire companies, end-users, OEM’s and dealers world-wide to help us to understand the engine issues faced, we used this feedback to develop a range, not only with performance and productivity at its core, but also to solve the issues highlighted in the feedback. The outcome of this is a range of engines that outperforms the competition in every category that was identified in the study.”

The first available model in the new single-cylinder line, the Vanguard 200, will be available to OEMs and for engine repowers in 2018. The remaining models — ranging from 3.73 to 9.70 gross kW (5 to 13 gross HP) — will be introduced over the next two years.

*All power levels are stated gross kilowatts per SAEJ1940 as rated by Briggs & Stratton. 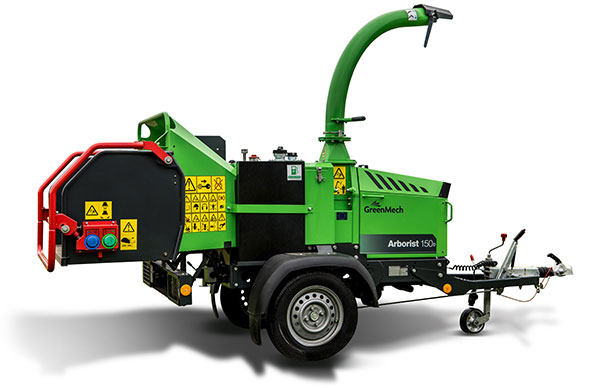 The Vanguard™ EFI 27.60 gross kW has been specifically designed and engineered to deliver durable performance making it an ideal power source for rugged and hardworking landscape equipment.

The Vanguard EFI 27.60 gross kW is fitted as standard to the Arborist 150p. The company’s sales director, Martin Lucas, said “Our previous experience with Vanguard showed it to be a very reliable engine, from a well-recognised supplier that came with excellent sales and service support on an international basis. When it came to selecting a petrol engine for the new chipper to meet the impending 2019 emissions regulations, the Vanguard 27.60 gross kW EFI unit was an easy choice to make. It widens the options for users by providing a cost-effective and suitably powerful alternative to both our current and future diesel units.”

The robust and high-performance Vanguard EFI 27.60 gross kW engine offers a range of features and benefits including; chokeless starting even at low temperatures, unparalleled power to weight ratio, advanced debris management and a cyclonic air-cleaner for protection against dust and dirt, making it ideal for landscape applications. In addition, an automotive-based closed-loop electronic fuel injection (EFI) system delivers easier starting and improved performance with fuel savings of up to 25%.

The 4-stroke OHV engine is ideal for use on commercial-grade woodchippers and shredders as an alternative to diesel power, offering great power to weight ratio to ensure machinery remains under a total weight of 750 kg.

The new Vanguard™ 200 encapsulates the essence of the entire Vanguard™ single-cylinder horizontal shaft engine range, built from the ground up to deliver what you want - and need - on the job. We listened to the issues our customers face and came up with viable solutions to the deliver an engine range that out-performs the competition on every level. 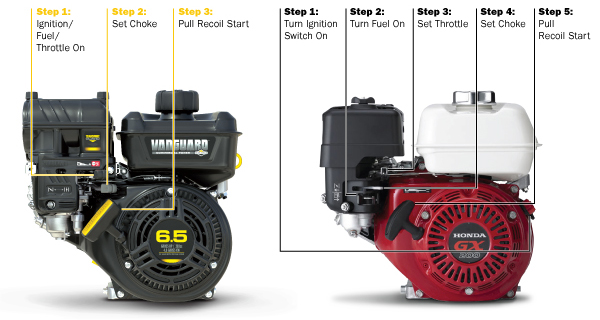 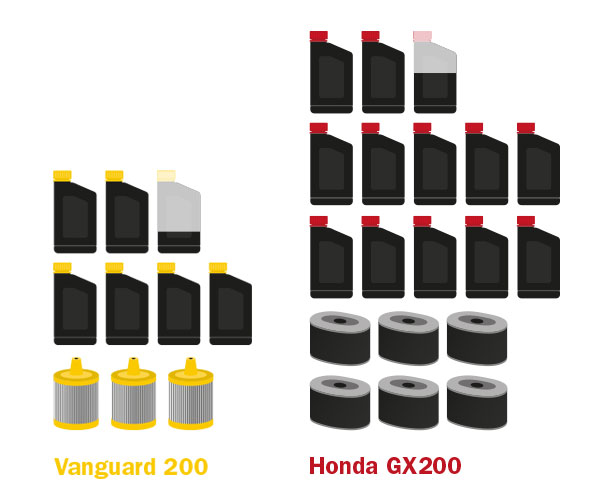 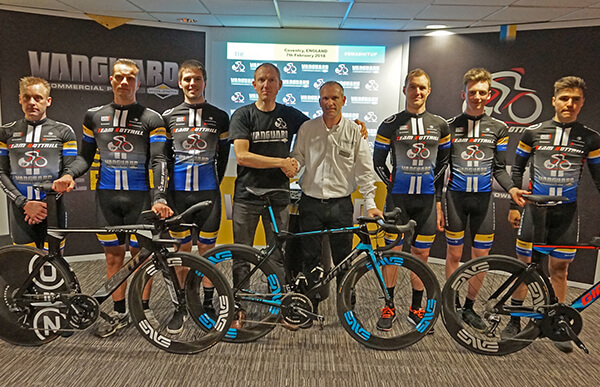 Briggs & Stratton’s Paul Bramhall (fourth from right) announces the sponsorship between Team Bottrill and Vanguard™ along with owner Matt Bottrill (fourth from left) and his team of amateur cyclists.

The joining of forces between Team Bottrill and Vanguard™ is built around the principles of power and the harnessing of it to increase productivity.

Commercial Power’s Paul Bramhall said: “The key business drivers in the markets we operate in, including the hire industry, are to maximise performance by increasing productivity and efficiency whilst reducing the total cost of ownership. Vanguard™ engines are continually introducing new power technologies and innovations designed to improve these results.

“Team Bottrill / Vanguard™ aims to optimise the performance and productivity of the athletes by training with use of power meters, Vanguard™ focuses on delivering commercial power solutions aimed at increasing the productivity of professionals.

“Interest in cycling in the UK is at an all-time high and many of our customers participate in the sport, which makes this a great opportunity to show the market how the smarter use of power delivers significant productivity gains,” added Paul.

Team Bottrill is a UK based amateur cycling team of 80 members headed up by Matt Bottrill. The core team is strongly supported by a whole host of riders from all different Cycling and Triathlon backgrounds. We are also launching Team Bottrill Women in March for the 2018 season to promote the women in our team.

Team Bottrill / Vanguard™ has racked up its first major race result finishing second in the Eddie Soens Memorial ride, which took place on 4th March at the world-famous Aintree Racecourse.

Matt finished a credible 2nd in a strong field of 135 riders including many professionals and reigning Olympic and world champions. The winner was John Mould, a professional rider with JLT Condor. 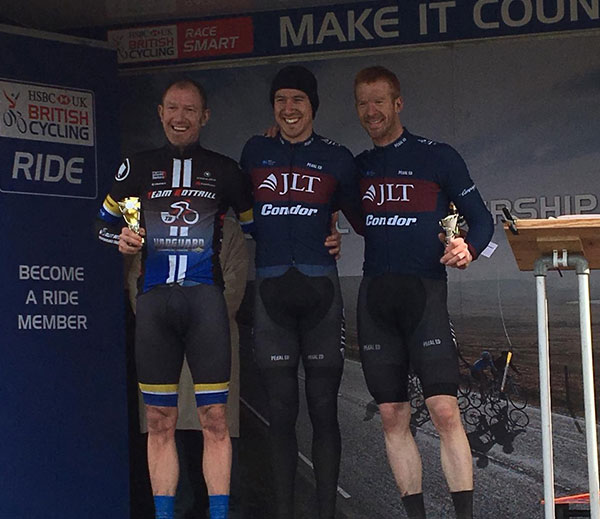 In the minor races to date, the team has also racked up 2 individual time trial wins, a road race win, and several top three podium finishes.